Meet the Youngest Princess in the Entire World

The new princess is officially the youngest princess in the world and arrived March 9 at 12:41 a.m. at Danderyd Hospital in Stockholm. The unnamed baby joins her siblings, 4-year-old Princess Leonore and 2-year-old Prince Nicolas, in the family. Her grandparents are King Carl XVI Gustaf and Queen Silvia.

In her very first photo, she lies on a white blanket in a cute pink and white outfit while resting.

“Leonore and Nicolas have their long-awaited sibling,” her dad O'Neill said in a statement from the palace, according to People. “They can’t wait to meet their new baby sister.”

Even though she is in line to the throne, even at one day old, it isn't very likely that she'll ever become queen, since there are nine in line ahead of her.

The new princess isn't the only little royal to be born this year, though. In yet another parallel to the Swedish family of royals, Kate Middleton and Prince William are expecting their third child as well. Middleton is due in April, and the new baby will join big siblings Prince George and Princess Charlotte in the family.

Update: After being introduced to the world through Instagram, Princess Madeleine's youngest daughter now has a name. 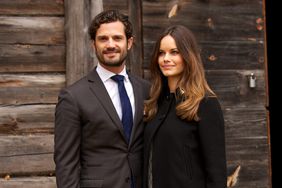 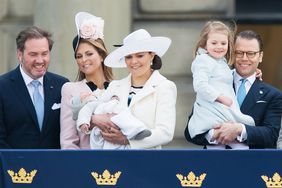