Robert Pattinson's skin is so sparkly as Edward Cullen in Twilight, it's impossible to get his glow with any highlighter out there. Now, the actor is continuing to set unrealistic beauty standards with his very good hair in Netflix's The King. The film, in which Pattinson stars alongside Timothée Chalamet, is an adaptation of several of Shakespeare's plays from Henriad.

In the official trailer teaser released today, Pattinson has long, wispy shoulder-length hair that's effortlessly wavy. His wig's windblown, bedhead texture is the the exact look I'm going for when I spend 15 minutes curling my hair with a flat iron every day. His character's lob's hair color is also very 2019. It has natural, sun-kissed honey blonde highlights.

Combined with his character The Dalphin's French accent, his lob and hair color is a look that I've seen on several Parisian influencers' Instagram feeds, and have screenshot enough times to have an entire Saved Collection dedicated to the style.

Other fans think that Pattinson's wig makes him look like Jasper from Twilight.

The actor's trendy shoulder-length waves isn't the only major hairstyle in The King. Along with Pattinson's haircut-inspiring lob, there's also controversial styles. This is the very film that required Chalamet to cut his glorious hair off into a bowl cut last fall.

What Chalamet lost, Pattinson gained length-wise, which you can see in the complete trailer below.

Thank you Neflix and Pattinson for setting the record straight that the lob hasn't just been trendy for the past couple years, its popularity dates back to Shakespearean times. 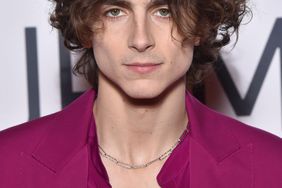