How adorable is Dream Renée Kardashian?

Blac Chyna and Rob Kardashian welcomed their baby girl into the world earlier today, and our first glimpse at the newborn is already here. E! News shared the first photo of the famous babe, but fans on social media were quick the repost the beautiful image. In the heartwarming snap, the little one shows off her beautiful eyes and tiny hands as she lays wrapped up in a pink, blue, and white blanket.

The excited dad posted the same shot several hours later with a touching caption, and wrote: "Today was amazing :) I am so lucky!! Thank you @blacchyna for having our baby and being so strong ! I love you so much and can't wait to see her get older day by day with you Chy! I love you and Dream so much and Appreciate both of you

I know everyone saying that's my twin but that's def your nose Chy lol."

Chyna and Rob also 'grammed a hilarious video that shows them, his mom Kris Jenner, and more family and friends doing the mannequin challenge in her hospital room prior to the baby's birth. Dream was born at Cedars-Sinai Medical Center in Los Angeles at 9:18 a.m.—she weighed in at 7 lbs., 5 oz. according to reports.

VIDEO: 10 Times Khloé Kardashian Was the Best Aunt Ever

The engaged pair first announced Blac Chyna's pregnancy back in May, and in September they revealed the gender of their baby girl before posting a sonogram several weeks later. Their journey to parenthood was also documented on a reality TV series appropriately titled Rob and Chyna.

Tune in to E! on Dec. 18 at 8 p.m. ET for an hour-long special that gives an inside look at the final months leading up to Dream's arrival. 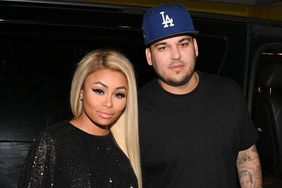 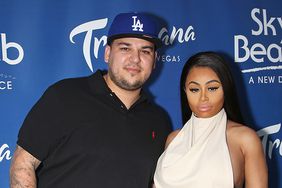 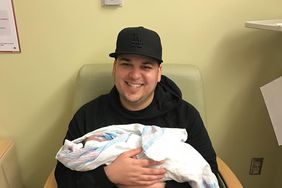 Rob Kardashian Is Living the "Dream" as He Cuddles His Daughter 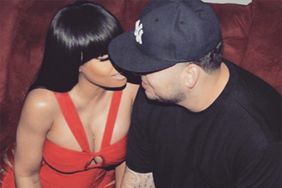