Rihanna's new role as Puma's global ambassador and creative director was announced back in December 2014 and now we can see the first results of her new role with the brand's release of her debut campaign.

Sharing a black-and-white shot via Instagram, Puma wrote: "An icon who does it all needs a shoe that can keep up. Introducing the Pulse XT, worn by @badgalriri. #ForeverFaster."

There’s Going to be a Rihanna Documentary

The sports label explained back in December that Rihanna would "work with Puma to design and customize classic Puma styles as well as create new styles to add to the Puma product portfolio." So watch this space for Rihanna-designed gym gear.

This isn't the 27-year-old's first foray into design—she has previously worked with British brand River Island on a number of eponymous collections. And right now, she's keeping busy on the fashion front with another new role as Dior's ambassador. She'll star in another installment of the brand's Secret Garden video series.

PHOTOS: Take a Look at Rihanna’s Changing Looks Over the Years 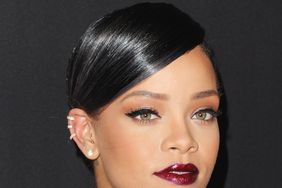 It's Official! Rihanna Is the New Creative Director of Puma