Burberry Just Announced a Major Shakeup, and No One Saw It Coming

In news that took the fashion world by storm Thursday morning, it was announced that Riccardo Tisci will step into the shoes of former Burberry Chief Creative Officer Christopher Bailey.

The Italian-born Tisci will take over the London-based fashion house as of March 12, 2018 and is expected to present his first collection in September. Tisci’s new role comes just one month after the designer concluded his 12-year run as Givenchy’s creative director on Jan. 31. Likewise, Bailey spent 17 years with Burberry before announcing his departure in October 2017.

In a statement, Tisci expressed his excitement over his new post, praising his new house. “I have an enormous respect for Burberry’s British heritage and global appeal and I am excited about the potential of this exceptional brand,” he said.

Burberry CEO Marco Gobbetti praised the label’s new CCO as well, calling Tisci, “one of the most talented designers of our time.”

“His designs have an elegance that is contemporary and his skill in blending streetwear with high fashion is highly relevant to today's luxury consumer,” Gobbetti continued. “Riccardo's creative vision will reinforce the ambitions we have for Burberry and position the brand firmly in luxury.”

The shocking announcement has left fashion Twitter shook—scroll down below to see what everyone’s saying. 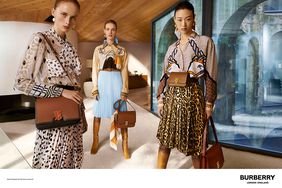 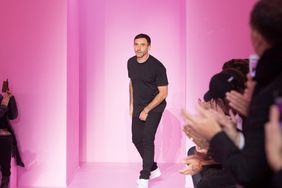