Patti Page, the woman who voiced many of the most soothing ballads and country melodies of the 1950s, passed away on January 1 at the age of 85. Born as Clara Ann Fowler in Oklahoma in 1927, Page went on to sell millions of records, including her biggest hit, "Tennessee Waltz," which was inducted into the Grammy Hall of Fame in 1998. The Recording Academy will honor Page with the Lifetime Achievement Grammy at the February 10th ceremony. In her honor, we bring you another one of her hits, "How Much is That Doggie in the Window?" Watch it above.

Scroll down to see more photos of Patti Page. 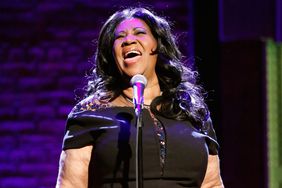 Watch Aretha Franklin's Iconic Performances in Honor of the Music Legend's Birthday
It's Been 10 Years Since Rebecca Black Released "Friday," and the Internet's No Kinder to Young Girls