More than seven years have gone by since Heath Ledger passed away, shortly after finishing filming for The Dark Knight, in 2008. Today, we're celebrating what would have been the Australian actor's 35th birthday.

We remember him for his take on the Joker, a critically acclaimed role that posthumously earned him several awards, including the Oscar for best supporting actor, but also for a variety of memorable films, including A Knight's Tale, The Patriot, and Brokeback Mountain, opposite Jake Gyllenhaal (who is the godfather to his daughter Matilda with Michelle Williams).

His final performance can be seen in The Imaginarium of Doctor Parnassus (he completed about half of the filming), which co-stars Johnny Depp, Jude Law, and Colin Farrell. In honor of his birthday, we'll be watching his memorable performance in 10 Things I Hate About You.

The Hunkiest Men of Style
Was this page helpful?
Thanks for your feedback!
Tell us why!
Related Articles 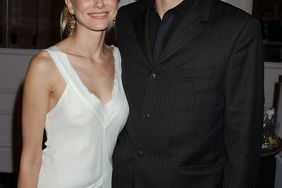