In today's girl power news: Reese Witherspoon and Zendaya are producing a movie together.

Variety has reported that the duo are taking on the story of Anita Hemmings—the first African American woman to graduate from Vassar College—where Zendaya will take on the starring role. The film, titled A White Lie, will recount how Hemmings passed for a white woman in the late 19th-century, as well as her romance with a wealthy student from Harvard.

In addition to acting, Zendaya will produce the movie with Witherspoon and her Hello Sunshine partner Lauren Neustadter, while Monica Beletsky will write the script. The Spider-Man: Homecoming star is no stranger to crafting stories behind the scenes, as she produced two episodes of Disney's K.C. Undercover this year and co-produced 40 episodes since 2014.

Meanwhile, Witherspoon executive produced HBO's hit Big Little Lies and she'll be stepping into the production seat again for the untitled television project she has in the works with Jennifer Aniston.

Hemmings's story is a fascinating one, and we can't think of two women better poised to take it on! 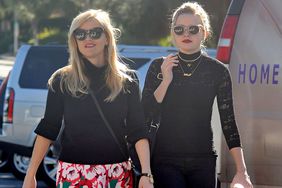