In this weekly feature, InStyle's Fashion News Director Eric Wilson shares his favorite fashion moment of the week, and explains how it could shape styles to come. Look for it on What's Right Now every Friday.

The Moment: Last November, I purchased a compression T-shirt that was embedded with something called "biometric smartwear," developed by a Canadian company called OMsignal that is making some of the most promising new designs in the hot fashion category of wearable technology. The shirt, which cost about $200 at the time, promised to monitor my heart rate, breathing, and stress levels via its innovative fabric, which was embedded with a network of silver-coated threads that connected to a small black device snapped onto the shirt at the rib cage. Those numbers would be transmitted in real time to an app on my iPhone, which sounds both revolutionary and terrifying.

And it worked, exactly as described. At least, it did during the two times I wore it before hanging the shirt up for good in a closet, where it has since remained untouched. The problem was not the design, but the fabric, which was so thick and uncomfortable that it might have stopped a bullet. Getting the shirt on and off required an assistant, not something you want to be trying in a locker room.

So it was with trepidation on Thursday morning that I met David Lauren, the executive vice president of global advertising, marketing, and corporate communications at Ralph Lauren, at an Equinox in midtown to try out the new "PoloTech smartshirt." For about two years, the Polo and OMsignal teams have been working together to create a new version of the shirt, marketed under the PoloTech label, that would have broader appeal.

This one, which goes on sale to the public on Aug. 27, makes a great first impression.

Why It’s a Wow: At Equinox, the new shirts were displayed by size on table in a group activity classroom, where a half dozen trainers and professional models were bouncing around or lifting weights while their stats were broadcast on large monitors. The models looked great! Their pectorals flexed brilliantly in their black stretch short-sleeved shirts with the polo logos popping in bright yellow. Their numbers were so… huge!

How would it look on me?

While Lauren remained in the classroom, wearing a tailored double-breasted suit, by the way, I took a medium to the locker room and changed. I was already sweating.

To my delight, the new fabric is a vast improvement, a silky blend of polyester, nylon, and spandex, and not much heftier than most compression shirts on the market. The fit is rubber-band-tight in the chest and shoulders, and a little stretchy around the belly. Not to sound vain, but I didn’t look bad, and the shirt was comfortable, too, its compression fit enforcing good posture.

Back in the classroom, a pair of trainers put me through a seven-minute test to grade my fitness: Lifting a couple of moderate weights, running in place, squats, jumping squats. One held an iPhone and watched as my heart rate and breathing increased. I couldn’t tell if they were impressed or concerned.

Reading the numbers properly, as I had noticed during my earlier OMsignal experience, requires patience to navigate a steep learning curve, but before long, you get a basic sense of how it all works. The black box monitor, which contains an accelerometer, gives an almost three-dimensional portrait of your breathing and power output at any moment—something that has positive implications for future applications of the PoloTech shirt, for people with medical conditions, or even for encouraging movement in the workplace. Lauren wants to create polos and dress shirts using the same technology.

The companies have also created a series of video workouts that adapt to a user’s performance, and the one I tried focused on strength through exercises for triceps, biceps, and other gym stuff. Although I somehow aced the initial fitness test, the app then started calling out instructions faster than I could keep pace. The poor trainer had to press pause to explain in layman’s terms what a dead lift was. But I’m sure with a little time, I can get the hang of it. Even that one workout with the PoloTech shirt made me want to buy in.

Of course, there are some cons: The price is $295 for a kit that includes one T-shirt, a black box, and a charging cable. Also, the care instructions put this shirt in the category of “delicates,” since it can’t go in the dryer. Also, when I went back to the locker room to take it off, well, let’s just say that was embarrassing.

Learn More: If you’re an early adaptor, start boning up on the technical details behind the PoloTech shirt. Or check out this video that gives a fairly good impression of how it looks on—if you’re a model.

Style Over Substance: A Fashion Review of the First GOP Debate
Related Articles 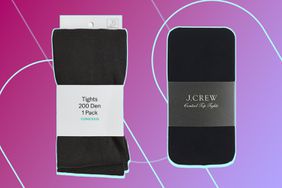 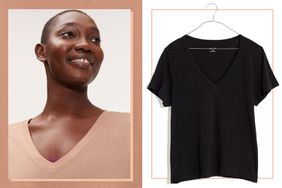 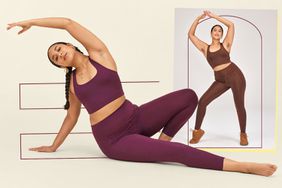 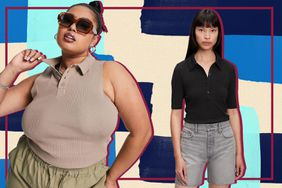 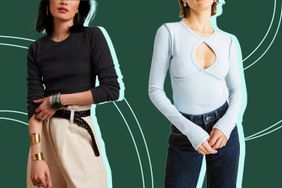 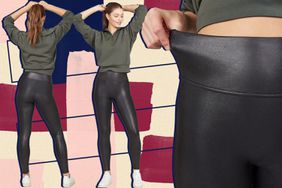