"Anti-racism work is not self-improvement work for white people."

This weekend saw widespread protest across the United States in response to the death of George Floyd, an unarmed black man who was killed by a white police officer in Minneapolis. His death sparked outrage around the persistent forms of racism across the country, and the continued killings of black people at the hands of police officers.

Floyd's death was also on the same day that a white woman named Amy Cooper made headlines for calling the cops on a black man requesting she put her dog on its leash per the rules of New York City's Central Park.

During an Instagram Live discussion with InStyle editor Peyton Dix, activist, academic and author, Rachel Cargle, spoke about how the Amy Coopers of the world can lead to the deaths of black men like George Floyd and why it's not enough for white people to only be anti-racist.

Read below the key takeaways from our conversation with Cargle. And click here to donate Cargle's The Loveland Foundation which gives "opportunity and healing to communities of color, and especially to Black women and girls."

What It Means to Be Actively Anti-Racist

"It's not enough to say, 'Oh, I know it's happening and I hope it gets better,'" explains Cargle about how white people need to move into a role of radical empathy. "It's saying, 'I see you and I feel you and I understand, and I'm going to hold myself accountable. That is what will move someone into action to say, 'I can no longer be complacent. I can no longer be silent. It's not enough to be not racist. I have to be actively anti-racist.'"

She added, "We really need to start shifting the word from ally to accomplice. To not just saying, 'I hear you. I see you. I'm going to use my voice for you.' Instead it needs to be, 'I am here alongside of you to upend the system that is killing you every day.' That isn't a checkbox. That's not a checklist you can go through."

Anti-Racism Work Is Not Self-Improvement Work for White People

"It doesn't end when white people feel better about what they've done, it ends when black people are staying alive and they have their liberation," Cargle says of white people checking their privilege. "There has to be this conversation of not having an end of, 'I have done this and this and that, so now I am an ally.'"

White Women Like Amy Cooper Are Not a New Phenomenon

"This has been going on for a long time," reveals Cargle about the behavior of women like Amy Cooper "weaponizing their white womanhood." "It's something that has been braided into the American understanding of how people exist in the world. When we come into the modern manifestations of that, what we're seeing is women weaponizing their white womanhood in order to get what they want from a system that they are fully aware will protect them."

"White women walk around saying, 'I haven't done anything.' But they're existing in this way that is holding this understanding of how racism plays into their privilege," she continued, before explaining how Cooper's language on her 911 call put every black man's life in danger who was in the park that day. "She wanted the police coming in with the thought that a white woman was being harmed by a black man because she was fully aware of that would play out. She has seen the news. She has seen the videos...There are so many cases of black men being killed by police for being suspected as the person of who they're looking for. She put that black man and every black man in harm by calling the police for something that was not true. And I call that attempted murder." 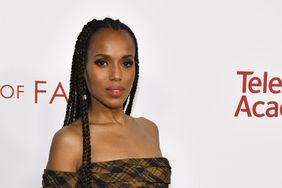