When Queer Eye for the Straight Guy first premiered on Bravo in 2003, the Supreme Court had yet to legalize same-sex marriage and the mere thought of TV shows like VH1's RuPaul's Drag Race and FX's Pose was simply a dream—nothing rooted in reality.

Fifteen years later, Netflix's revival of the fabulously over-the-top show has turned its lead "fab five" characters into overnight celebrities, the kind who model for Hanes campaigns and hang out with Justin Theroux.

If you're living under a rock, here's the premise: Five gay men (each experts in a category) are tasked with making over the life of a not-so-polished straight guy buy helping him rediscover grooming products, clothing, and a whole new set of lifestyle ideals over the course of an episode. Originally, the show was more about the aesthetics, and its cast—Ted Allen (food), Carson Kressley (fashion), Kyan Douglas (grooming), Jai Rodriguez (culture), and Thom Filicia (design)—managed their makeovers with a light, funny touch.

In other words, it's less vain.

It's also key to mention that as we saw in the first season, Netflix's Queer Eye does a fantastic job of chronicling the perception of LGBTQ people in the American South, with some of the fab five members grappling with how the "heroes" (the designation given to the men they are making over) and their peers will react to a group of super out-of-the-closet, confident men. Spoiler alert: One episode of the season one revival even involves a touching coming out tale.

In honor of Queer Eye's season two return on June 16, here's how the original fab five stack up to our new stars.

Douglas, the show's grooming expert, went on to appear on the Rachael Ray Show providing makeover advice. Van Ness, arguably the Netflix reboot's standout star, is a self-described yogi and hairstylist that offers each hero on the show a fresh cut and a new skincare routine. He's big on speaking out for body positivity and is generally just the type of person you'd want around you, always.

Allen, like Porowski, was Queer Eye's pro on all things food and wine. He's now better known for hosting Chopped and making guest appearances on other Food Network shows. Funnily enough, Porowski has amassed a pretty healthy level of fame thanks to the fact that, well, he's pretty darn cute. (Oh, and have you seen him shirtless?) While he works well with the heroes, his actual cooking skills (he makes simple things like guacamole and other two-to-three-step recipes) have been questioned.

Rodriguez, who went on to act in shows like Bones, How I Met Your Mother, and Grace and Frankie, was the culture whiz, responsible for spewing art, music, and entertainment advice. Brown takes a different approach. He helps each hero learn more about themselves—what's holding them back, how they can begin dating or overcome lifelong emotional triggers—by sharing his own experiences.

As the fashion expert, Kressley helped revamp each hero's wardrobe on the show, which is exactly what France does. Kressley went on to appear as a guest judge on RuPaul's Drag Race, piece together a line for QVC, and compete in Dancing with the Stars. France, a fashion designer from England, deserves props for helping even the toughest clients look good.

Filicia was the show's design pro and now has his own firm. Berk is tasked with doing the same thing, though memes and Internet culture never fail to point out that unlike his co-stars, Berk does significantly more work. While the other guys pull some looks together, suggest some products, cook up a meal, and offer up spiritual guidance, Berk literally makes over an entire home (seemingly) all by himself. 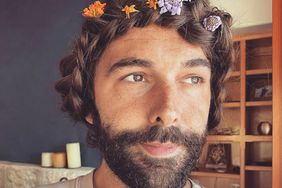 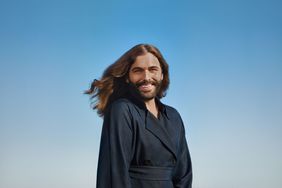 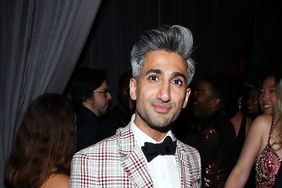