It seems like Priyanka Chopra is everywhere lately—she’s starring in the TV show Quantico, presenting at the Golden Globes alongside John Stamos, said to be acting in the Baywatch remake, and now producing her own show. The sitcom, called It’s My City, centers around four “mostly stable women” who live together in an apartment in Mumbai. Along with producing, Chopra will play the girls’ landlord and friend, according to The Hollywood Reporter.

The setting isn’t the only thing that’s unique about this show—the 14-part biweekly series will be available only on the video mobile app nexGTv with episodes unveiling Tuesdays and Fridays, starting this week.

For the former Miss World, the show hits close to home: She revealed in a statement that the plot is inspired by her own life in Mumbai. “There is a huge parallel that can be drawn to my own reality—of a young girl coming to Mumbai to literally make my dreams come true,” she said. Tune in to nextGTv for the series premiere tomorrow to be entertained and inspired. 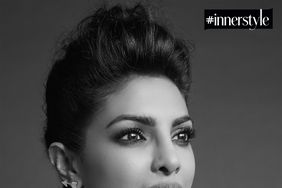