A new documentary explains it all.

By now, just about everyone knows that Princess Diana and Prince Charles went through marital strife, but according to new reports, Diana was "uneasy" going into the relationship from the very beginning. According to royal expert Jennie Bond, Diana felt bad vibes at her wedding and in an incident a few days before. It's all in a new Channel 5 documentary, Charles and Camilla: King and Queen in Waiting.

Bond explains that a few days before the wedding, Diana stumbled upon a jewelry box in Michael Colborne's office. Colborne was Charles's private secretary and when she demanded to see what was inside, it was a bracelet engraved with G and F. The Mirror reports that those letters stand for "Gladys" and "Fred," a set of nicknames that Charles and Camilla Parker Bowles used. At the time, Bowles was Charles's ex-girlfriend, so Diana was understandably shaken.

Later, on her actual wedding day, Bond says that Diana saw Bowles sitting in one the pews at St. Paul's Cathedral — and that having her there among the 2,000 guests gave Diana a visceral reaction in her gut.

"Diana told me much later in one of our private conversations that she had felt like a lamb to the slaughter as she walked up the aisle, which was very sad," Bond said in the documentary. "I think she knew that things weren't quite right, and when she saw Camilla in the congregation, was immediately uneasy about it."

Mary Robertson, one of Diana's former employers, said she also knew something was going on. When she found out that Diana was only allowed to invite 100 people to her wedding, Robertson said that she felt a veil of sadness over what should have been a very happy day.

"There was this lovely buzz," she said. "Just one of joy and happiness, except for the handful of people who understood what was really going on." 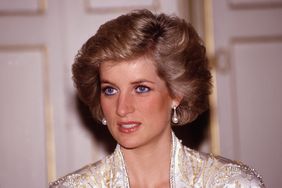