Did he really cheat on Kate Middleton with one of their friends?

It seems like every day, there's a new rumor about the royals: Prince Harry and Prince William had a "rift" over Meghan Markle, Meghan and Harry felt "claustrophobic" in Kensington Palace, the royal foursome were bound to split up, etcetera.

But if you were paying close attention (or you're an expert in royal content), you might have heard of another rumor: that Prince William supposedly had an affair with a woman named Rose Hanbury, who happened to be a friend of his and Kate Middleton's.

However, these aren't your standard cheating drama rumors — they're a little more complicated, so let's break down the gossip that's been circulating.

Who is Rose Hanbury?

Rose Hanbury, a.k.a. the Marchioness of Cholmondeley (pronounced Chumley, because the British), is a former model who is married to film director and actor David Rocksavage, who is the 7th Marquess of Cholmondeley.

According to The Daily Beast, the couple live in Norfolk, just a few miles away from William and Kate's home at Sandringham. As such, she was also a friend of William and Kate.

How did these rumors come about?

A few weeks ago, The Sun published a story alleging that Kate and Rose had a falling out, after which Kate told Prince William to "phase" Rose out. Other British publications like The Daily Mail and Express followed suit with their own stories, though no one was saying why the two women had a feud at all. Cue the question marks.

Writer Nicole Cliffe then posted a Twitter thread in which she presented the theory that Prince William cheated on Kate, and that was the source of the tension between him and Prince Harry — not, as was previously reported, anything to do with Meghan.

In the thread, Cliffe mentioned that Giles Coren, a prominent U.K. reporter, tweeted and deleted a post saying that the affair has been common knowledge for months if you were paying attention to royal gossip. Coren declined to comment on the tweet to The Daily Beast, though the publication noted that it "understands that pressure was applied by the palace."

Then, In Touch, an American gossip paper, published a cover story about Prince William cheating on Kate. A source apparently told the magazine that Kate “immediately confronted” William about the alleged affair, and he “just laughed it off saying there was nothing to it.”

How has the palace responded?

Well, Kensington Palace declined to comment on the record to Daily Beast about that In Touch story (which isn't unusual behavior for them), but "courtiers" told Daily Beast that the story "was totally wrong and false."

However, Daily Beast also reports that at least one British publication has been served with legal warnings for publishing the rumors — warnings sent by the royals’ lawyers of choice, law firm Harbottle and Lewis.

One of the letters reportedly says, “in addition to being false and highly damaging, the publication of false speculation in respect of our clients’ private life also constitutes a breach of his privacy pursuant to Article 8 of the European Convention to Human Rights.”

Duncan Larcombe, former royal editor of The Sun, told The Daily Beast that the use of a such a legal letter "is very much a move of last resort," since the royal family tends not to take specific legal action on stories like these.

Either way, there's no public proof that the rumors are true, and nobody but William, Kate, and Rose really knows what — if anything — happened. 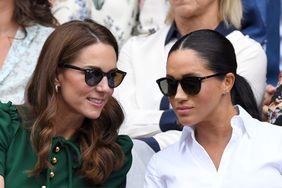 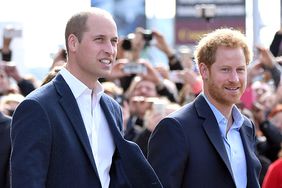 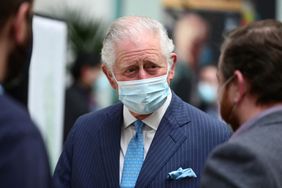