Prince William Hints Baby No. 3 May Be Coming "Sooner Than You Think"

Prince William may have just given us a major hint about baby No. 3. The royal, who is expecting his third child with wife Kate Middleton, made a visit to a charity in London on Tuesday and dropped some news about his growing family.

William visited Spitalfields Crypt Trust, an organization that provides a holistic recovery service to those with drug and alcohol addictions. The organization also provides shelter for those who have become homeless due to their addictions, a cause near and dear to his mom Princess Diana’s heart.

The prince was chatting with a midwife trainee when he dropped a hint about Kate’s pregnancy. “All the best with the midwifery, I may see you sooner than you think,” William told her. The royal family announced their pregnancy on Sept. 4, revealing that Middleton is once again suffering from Hyperemesis Gravidarum, a form of severe morning sickness that has caused her to miss public events, like Prince George’s first day of school.

Prince William Says Princess Charlotte Is Bound to Be Trouble

Middleton was seen in public just days before the announcement, baring no hint of a baby bump, leading us to believe that she was not far along in her pregnancy. But according to William, a new royal baby may be arriving sooner than you think. 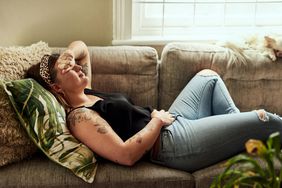