Prince Harry's latest trip may be an official visit on behalf of Her Majesty's government, but from the looks of it the royal is having the time of his life.

On Saturday, the 31-year-old prince kicked off a 5-day trip to Nepal, and the country welcomed him with open arms. Prince Harry arrived in the South Asian nation's capital, Kathmandu, where he spoke at a government reception about how special Nepal is to him. "I'm sure you hear this all the time, but your country holds a special place in the imagination for so many people," he said.

The prince's visit marks the bicentennial of lateral relations between Britain and Nepal. It also comes just short of the 1-year anniversary of the devastating earth quakes that rocked the republic in April of last year. On Sunday, Prince Harry visited historic sites in the capital that were severely damaged during the quakes, as well as a temporary camp where those who were made homeless by the disaster have been living.

On Monday, the prince arrived in the Bardia region of Nepal, where he visited the Bardia National Park to highlight conservation efforts there. Keep reading to see photos from his trip. 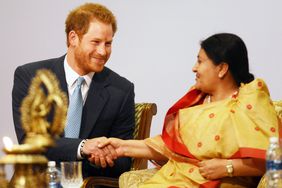 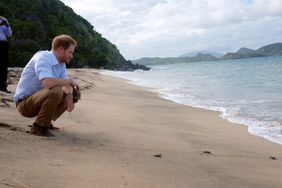 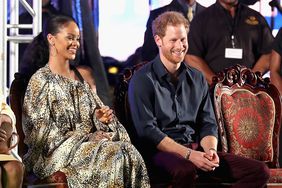