Prince Harry and Meghan Markle aren't monkeying around when it comes to wedding planning—well, maybe they are a little bit. The newly engaged couple is already hard at work preparing their upcoming nuptials, and according to The Telegraph, they want a less-than-conventional wedding cake.

Prince Harry and Markle reportedly want a wedding cake made from bananas, and the reason why has more to do with just loving the flavor. After the couple confirmed their relationship in Oct. 2016, Markle posted an Instagram of two spooning bananas with faces on them, and fans flipped over their budding relationship being announced in such a cute and unusual way.

People reports that this choice of cake would be a significant departure from tradition. Normally, British wedding cakes have a top tier of fruitcake because it can also be served during the christening of the couple's first child without spoiling.

Bananas make sense for the couple, both because of the cute personal meaning, and also because Harry reportedly loves "anything with banana." His former royal chef, Darren McGrady, has previously spoken about making him a caramel and banana cake.

How to Cook Meghan Markle and Prince Harry’s Engagement Chicken

While a banana cake would be unexpected, Prince Harry wouldn't be the first royal to buck tradition. The Telegraph reports that Prince William and Kate Middleton also went their own way with wedding cake. They included a traditional eight-tiered cake without fruitcakes, but in addition, they had a groom's cake made of chocolate biscuits.

If you ask us, banana cake sounds delicious. 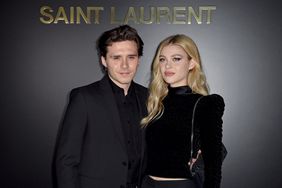