Prince Harry and Meghan Markle are busy packing their bags for a honeymoon to Namibia, but before they get some R&R and bid England adieu, they might detour to another country entirely. The royal couple has plans to travel to Mexico in order for Harry to properly meet his father-in-law, Thomas Markle, who lives there.

In case you need a refresher, Thomas skipped the royal wedding in a shocking turn of events that involved staged paparazzi pictures and a heart attack, which means he still has not met Prince Harry.

"I hear one of the things they want to do sooner than later—and now that they're married—is to go and see Thomas Markle, who is recovering from a heart operation," royal expert Katie Nicholl told Entertainment Tonight. "We don't know when this trip might happen. ... I'm hearing from people close to Meghan and Harry that they're very keen to do it."

While there isn't an exact timeline for the visit, it'll probably happen in the very near future.

"[Prince Harry] feels it's very important that he gets to meet Thomas," Nicholl said. "Of course, Meghan—who's been really concerned about her father's health—is keen to go see him as soon as possible."

Meghan has been understandably busy lately, with a gigantic public wedding and all, but her father has still been important to her throughout. When it was announced that he would not be able to travel to the wedding, she issued a statement of her own through Kensington Palace. “Sadly, my father will not be attending our wedding. I have always cared for my father and hope he can be given the space he needs to focus on his health."

It looks like Thomas is doing that, which means married life for Meghan and Harry will involve a lot of jet setting. 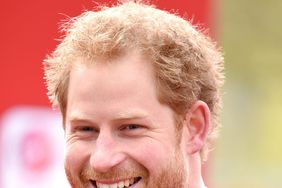 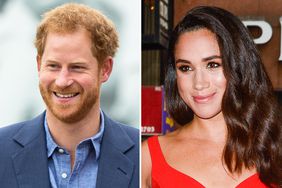