We definitely worship this bromance.

Yesterday at the Invictus Games in Toronto, Prince Harry met up with none other than Canada's heart-throb Prime Minister Justin Trudeau, causing hearts everywhere to melt thanks to those two beautiful smiles.

Prince Harry created the Invictus Games, a series of sporting events for wounded, injured and sick members of the armed services. The third annual event is being held in Toronto this weekend, and it was only fitting that the country's Prime Minister stopped by to say hi (he actually delivered a welcome address).

Ahead of the opening ceremony, Prince Harry and Trudeau sat down for a chat, and we can only imagine what these two dashing gentlemen might have talked about. Check out this picture of them chatting like old friends. We like your socks, Prime Minister Trudeau!

While our hearts beat for this duo, we're still hoping to catch a glimpse of Harry with his girlfriend Meghan Markle, who made her first official royal appearance the event. They were both at the opening ceremony last night, but we need them in the same picture frame. Hopefully today's the day!

In the meantime, continue to swoon over these pictures of Harry and Trudeau. 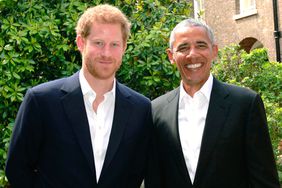 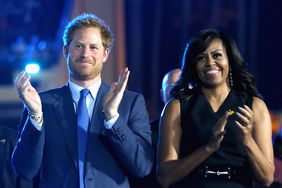