Just when you thought you couldn't love Prince Harry anymore, he goes and gives an inspiring feminist speech. As part of his tour of Nepal, the 31-year-old royal attended the Nepal Girl Summit in Kathmandu alongside President Bidhya Devi Bhandari today, where he spoke about the difficulties facing girls around the globe.

"While the unique challenges faced by girls is not a topic I have spoken much about in the past, I think it's important to acknowledge something that has become obvious to me and is already known to everyone in this room: There are way too many obstacles between girls and the opportunities they deserve," he said. "Whether it's a girl in Lesotho living with HIV; or the talented young woman in Britain who doesn't get taken seriously because of where she grew up; or the 14-year-old girl forced out of school so she can get married here in Nepal—we need to acknowledge that so many countries and cultures are failing to protect the opportunities of young women and girls in the way they do for boys." Hear, hear!

He continued by acknowledging the importance that men have. "I believe it is vitally important for men like me to acknowledge this as loudly and openly as role models do like President Bhandari, the U.S. First Lady and activists like Malala [Yousafzai]," he said. "As the First Lady has said, change needs to come from the bottom up. We won't unlock these opportunities for young women and girls unless we can change the mind-set of every family and community. To achieve this, it cannot just be women who speak up for girls."

Prince Harry Gets a Colorful, Garland-Filled Welcome in Nepal

After winning over hearts and minds at the summit, he then visited Kanti Children's Hospital, where he brought smiles to young patients suffering from serious burns. From the adorable photos taken, it looks like he won over all of the children with high fives and laughs—he certainly has his mother Princess Diana's touch.

Prince Harry was originally planning on ending his trip today, but decided to extend his visit another week. He'll spend the rest of his time working on an earthquake relief project. 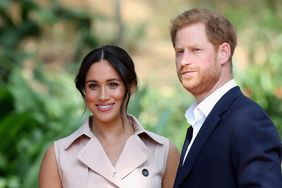 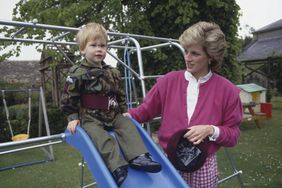