Dana Weiss of Possessionista.com is InStyle.com’s correspondent on all things Pretty Little Liars fashion for season four. Scroll down to read this week’s exclusive updates on what the ladies of Rosewood wore.

The Pretty Little Liars spin-off Ravenswood premieres on ABC Family this fall, but this week's episode of PLL gave us a taste of what to expectwhen Spencer (Troian Belissaro) and her boyfriend ventured across the town line. "Director Marlene King wanted Ravenswood to appear lifeless and for Spencer to stand out," costume designer Mandi Line told InStyle.com. "And she did...in technicolor!" Line said she'd originally wanted dress Aria (Lucy Hale) in this green wool coat by Tulle during the first season of the show. She finally found her opportunity in Spencer three seasons later. Shop the coat now on swankboutiqueoline.com, on sale for $69 (originally $108). Plus, find out what the more characters wore at possessionista.com. 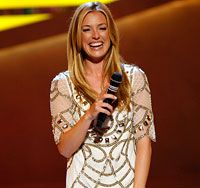 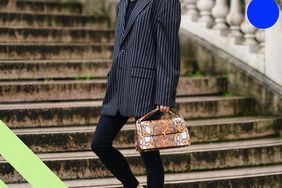 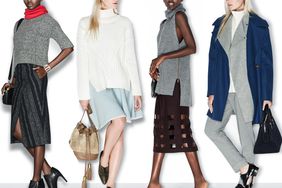