Pregnant Liv Tyler looks like she’s ready to pop, but that didn't stop the expectant star from rocking not one but two fashion-forward maternity looks this weekend. On Sunday the actress stopped by the third annual Village Fête, a fundraiser in Brooklyn, N.Y., where stars were given the chance to try Tilt Brush, Google’s new 3-D painting technology. Glowing in a sheer black top with silver piping, the pregnant star donned black skinnies and flats with scalloped edges to complete an utterly chic ensemble (above).

Prior to the excursion, Tyler stepped out for a stroll with her fiancé Dave Gardner and their three children during a sunny Saturday in N.Y.C. She dressed her bump in a comfortable-but-stylish look. The star was the epitome of off-duty cool in her oversize navy blazer, blue and white printed button-up shirt, black joggers, and Converse sneakers.

Back in February, the star told InStyle that she hoped to step up her maternity style. We'd say that mission has been accomplished. 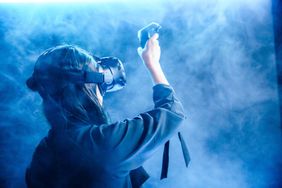 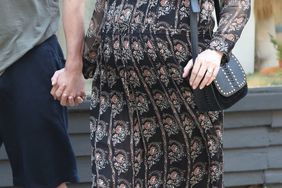 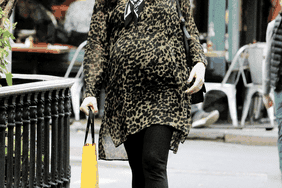 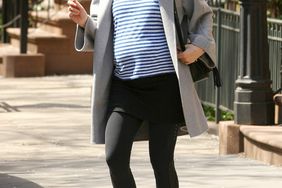 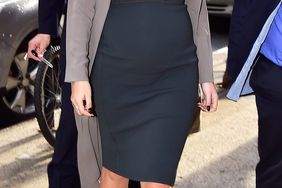