Equal Parts Fear and Hope: What It's Like to Be Pregnant During Coronavirus

I'm expecting, and nothing about life right now is as expected.

Over the past several days, it feels like the baby growing inside me is struggling to get out. As he gets bigger, the walls around him – which just so happen to be made of my flesh and organs – have closed in tighter. In this time of coronavirus, I understand my son’s claustrophobia. But I am just 32 weeks pregnant, and the shelter in place order has no end in sight – we both have a long way to go.

I’m not sure when exactly I would say my journey to motherhood started. Was it when I stopped taking birth control and started peeing on sticks to monitor my ovulation? Was it a year later when my doctor called to say that my numbers were not that of a normal 37-year-old and recommended I see a fertility specialist? Was it when my husband and I watched on a large ultrasound monitor as a tiny point of light that represented our strongest embryo was injected into my uterus in hopes of implanting and growing into the boy that now wrestles with my bladder on a daily basis? Whenever my journey officially began, spending my third trimester waddling endlessly between the four rooms of our apartment is not how I foresaw it ending.

What seems most unfair about being pregnant in the time of corona is that I had just stopped worrying. My general mood tends toward anxious, and carrying this precious cargo magnified it times a thousand. During the fertility treatments, each call from the clinic, usually to report my decreasing chances of achieving motherhood, came with a racing pulse.

The day before the embryo transfer in late September, I ended my favorite dance cardio class with tears streaming down my face, the pressure of the next morning and all the potential it held spilling out. Even after the positive pregnancy test, I was in constant fear of losing the baby. My fears weren’t totally unfounded — the first time I heard the baby’s heartbeat was during an emergency ultrasound after discovering blood in my underwear six weeks in. But otherwise, my pregnancy was completely normal and healthy.

Still, it wasn’t until after 20 weeks or so, when I could regularly feel the flutters that evolved into full-fledged kicks and had witnessed a successful fetal anatomy scan that I finally let myself breathe. We started a registry. We dismantled the home office we’d built in our second bedroom and began its transformation into a nursery. (A decision that as I now work full-time from the living room seems hasty in retrospect.) My sister reached out to my friends to plan a baby shower from across the country. We started to talk about a name and didn’t fret when the conversation stalled at a complete impasse.

Now the anxiety has come raging back, but in a different way. I no longer worry about having a healthy baby. Even though a small study of 33 women in China, published in the journal JAMA Pediatrics in late March, found three cases of newborns testing positive for coronavirus, the source of transmission was unclear and all of the babies recovered. And according to the CDC, pregnant women seem to have the same risks as other adults, though I’ve obeyed my doctor’s orders to leave all the grocery shopping to my husband.

Instead, I worry about the state of the hospitals by the time I’m ready to deliver in mid-June. I worry about my family, all living in Michigan, where people are disobeying medical recommendations to protest the ability to garden even as it continues to snow. I worry about my husband’s furloughed job returning. He works in the restaurant industry, which was already volatile to begin with and will likely be downright war-like by the time this is over. I worry about getting through my son’s first several weeks of life without the much needed and desired help of our families.

Working Moms Doing All the Childcare and Housework in Quarantine, Surprising No One

A pregnant Facebook friend shared a Change.org petition in response to partners being banned from labor and delivery rooms in New York City (a ban which Governor Cuomo has since stepped in to reverse). I didn’t sign it. If we get to that place in Los Angeles, it means things are dire and I don’t see a petition being able to change it. But my husband has already declared that he will not miss his son’s birth.

Add my husband’s inevitable arrest to the list of worries.

Of course, fear and anxiety have always been part of motherhood, impending and otherwise. As unprecedented as this situation is in my lifetime, I try to remind myself that there’s always something going on that tempers the excitement of bringing life into the world. Just a month ago, it was climate change. How quaint.

For now, I’m taking breaks when I need to. There’s never been an easier time to get away with lying in bed and watching an entire Netflix documentary series in one sitting. But I’m also getting out for short daily walks. And a version of my dance class is streaming live every day on my dance teacher’s instagram. (Yes, it’s Ryan Heffington and yes, I dread how crowded his studio will be when it does re-open now that he’s uber famous.) And without a professional kitchen to cook in, my husband has turned to me as his one-woman taste test.

VIDEO: How COVID-19 Has Impacted Pregnancy And Childbirth in America

This baby is coming out in eight weeks or so, regardless of what the world outside looks like. He will be greeted (hopefully simultaneously) by two parents who love him more than anything. We’ll get emotional support from our families through the phone and video chat until it’s safe to visit in person. He will know this scary time only from stories, not memories. We will get through this.

With every kick, I understand my son’s frustration at being contained. But I also know that he’s safe inside me, just like I’m safe inside these four rooms, waiting for the time when it’s okay for both of us to emerge.

This week, we're examining how the coronavirus pandemic has impacted pregnancy and childbirth. Come back each day for a first person story from the moms and birth workers living this reality alongside you. We promise, it's not all bad news. 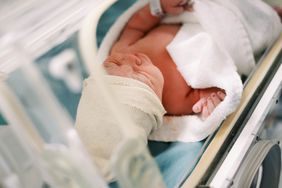 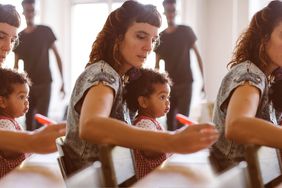 Your Husband's Job Is Not More Important Than Yours 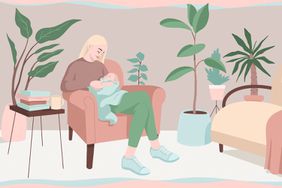 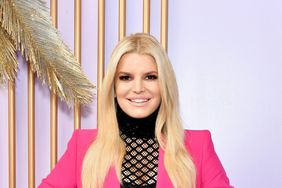 Jessica Simpson Won't Get Botox For One Important Reason