It’s no secret that Pippa Middleton loves the thrill of the climb, but her latest extreme sports event was about more than just athletics. The Duchess of Cambridge’s fit younger sister scaled all 14,691 feet of the Matterhorn, a mountain in Switzerland, in honor of her fiancé James Matthews’s late brother, Michael.

The newly engaged star completed the climb on Saturday along with her older brother, James Middleton, to raise money for the Michael Matthews Foundation. The charity was set up after Michael tragically lost his life while climbing Mount Everest in 1999 at age 23. Matthews was the youngest Brit at the time to have scaled Everest, clearly sharing Middleton’s love of mountain climbing.

“It was humbling to have been able to climb one of the world’s most beautiful mountains and raise charity for a charity created in memory of an extraordinary young man who lost his life on another peak. Although I have raised money in the past for the Michael Matthews Foundation, it has now become even more important to me and my family,” the 29-year-old told The Daily Mail over the weekend.

“Although neither I nor my brother ever met Michael, we both share his spirit and passion for the mountains. We made this climb knowing he would have been there nudging us on, and we are honored to be supporting his memory.”

Proceeds from the climb benefit the Michael Matthews Foundation, which builds schools in areas like Thailand, Nepal, and Tanzania. Middleton said that her fiancé did not join in the climb due to “disturbing memories,” but gave them “his complete support.”

Of course, this isn’t the first impressive athletic event that the socialite has completed this year: She has climbed 33 miles through the Swiss Alps, completed a marathon on the Great Wall of China, and been a fierce contender in competitive ski races.

We’ll always be cheering on this humanitarian. 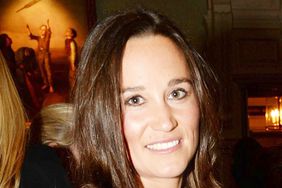