ICYMI, Ariana Grande and Saturday Night Live star Pete Davidson are dating. According to an anonymous source via People, the new couple began casually seeing each other right off the heels of their recent breakups with Mac Miller and Cazzie David, respectively.

Whether it's a rebound or something more serious, Davidson's ex is not very happy about her former flame moving on so quickly. Cazzie, who has been on vacation in Africa, returned home just in time to share an expert reaction to their new relationship with the most epic Instagram caption ever. "Been in Africa, what'd I miss??" she jokingly inquired.

In the photo, the actress casually poses in a safari-ready ensemble— consisting of camo pants, an army green tank, and a white button-down—in the middle of the African wilderness. Her windblown locks are secured by a Panama hat, while a tan leather camera bag that hangs around her neck is the only accessory in sight.

The subtle shade of her social media post caught the attention of her celebrity friends, with Amy Schumer commenting: "You're Amal," referencing the ever-elegant Amal Clooney. Meanwhile, Lorde wrote, "You're so hot omg," and Demi Moore's daughter Tallulah Willis said, "Like this the new [background] of my phone."

Additionally, plenty of celebs, including Zoë Saldana and Jack Antonoff, gave their stamp of approval of Cazzie's caption by liking the snap.

On Wednesday, Grande and Davidson made their blossoming romance Instagram official, with the 24-year-old actor posting a photo of the pair in matching Harry Potter wizard robes. You know, typical.

“The chamber of secrets has been opened,” Davidson cleverly captioned the snap.

The "Into You" singer returned the love by sharing a picture of Davidson planting a kiss on her cheek. “I thought u into my life woah ! look at my mind,” she wrote alongside the sweet snap. 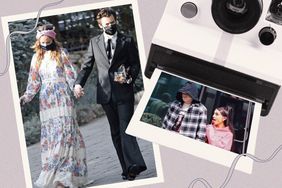 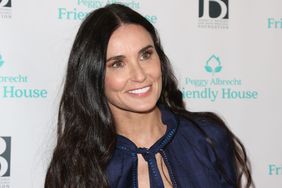