It's hard to believe that almost two years have passed since Paul Walker tragically passed away in a car accident. But his only daughter, Meadow Walker, 16, reminded us that he is still very much in her and our hearts. For Father's Day she posted a gorgeous photo of her as a baby with her handsome father giving her a loving kiss on the cheek:

Since Paul's death in 2013, Meadow has taken to Instagram to share several sweet throwback snaps of her doting dad with the world. See more of the photos she has shared below:

Paul's final film, Furious 7, came out this past April and was a box office smash, making it the seventh highest grossing film of all time. An eighth film in the Fast & the Furious franchise is in the works and slated for a April 14, 2017, release date.

PHOTOS: Celebrity Kids Who Look Just Like Their Famous Parents 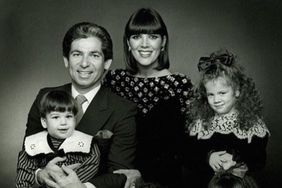