There are two more days until Hitchcock lands in theaters, and stars Jessica Biel and Dame Helen Mirren (in Dolce & Gabbana) celebrated the release at the after-party for the Hollywood premiere, held at the Academy of Motion Picture Arts and Sciences Samuel Goldwyn Theater in Beverly Hills. The film tells the story of how Alfred Hitchcock’s (depicted by Anthony Hopkins) iconic horror film Psycho came to be. To see who else stepped out for last night's biggest parties, click through the gallery. 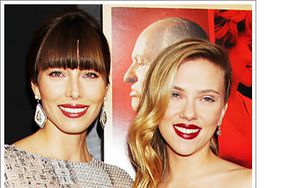