There really were some Beautiful Creatures on the film’s New York premiere red carpet last night! Stars Emmy Rossum (in Christian Dior) and Viola Davis (in New York & Company) screened the film at the Tribeca Cinemas, and told InStyle.com how their fantastical costuming helped tell the boy-meets-girl tale with a magical twist. “A lot of who [my character] Ridley is, is her ability to manipulate people with the way she looks,” Rossum told InStyle.com at the event, hosted by The Cinema Society and Dior Beauty. “It was definitely very different than anything else I’ve ever played before, and a lot of the looks were very throwback, channeling Marilyn Monroe and Rita Hayworth.” See the costumes for yourself when the film opens Valentine’s Day.

Click through to see more of this week's parties! 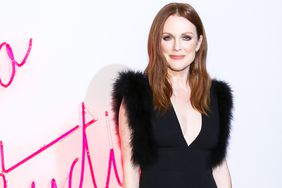