Paris Jackson is taking her health into her own hands and has checked into a treatment facility.

"After a busy year of work engagements that took her all over the globe, Paris decided that she needed to take some time off to reboot, realign and prioritize her physical and emotional health," a source close to Michael Jackson's daughter first told Entertainment Tonight. Multiple outlets, including People, also confirmed the news.

"She checked herself into a treatment facility to aid in her wellness plan and is looking forward to coming out of this revitalized and ready to tackle the exciting new projects that await her," the insider added.

Fans knew something was up when they noticed she stopped posting on social media in December and didn't join her family on a holiday vacation to Tokyo.

But this isn't the star's first stint in rehab to focus on her mental well-being. In 2013, Paris was hospitalized after attempting suicide. Four years later, she spoke of the incident with Rolling Stone. “I was crazy. I was actually crazy. I was going through a lot of, like teen, angst. And I was also dealing with my depression and my anxiety without any help," the 20-year-old explained.

Jackson admitted to taking 20 Motrin tablets and slashing her wrists. “It was just self-hatred,” she said. “Low self-esteem, thinking that I couldn’t do anything right, not thinking I was worthy of living anymore.”

Selena Gomez Wants to Make 'Mental Fitness' as Normal as Working Out
I'm a Psychiatrist, and Women Aren't Being Honest About Their Sex Lives 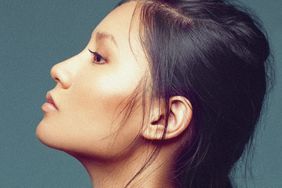 Once I Stopped My Extensive Skincare Routine, My Skin and Mental Health Improved Significantly