This year's Academy Awards will feature 10 best picture nominees. Why not nominate an equal number of wow-worthy red carpet gowns from Oscar's past? Click on for our 10 all-time favorites, with behind-the-seams stories from the designers who created these unforgettable dresses.

Anne Hathaway in Giorgio Armani Prive, 2009"Anne is so lovely and ethereal," says Armani. "For this reason I dressed her as a type of fairy-mermaid, pure and sparkling. She looked truly breathtaking."

Renee Zellweger in Carolina Herrera, 2004"Renee doesn't use a stylist, so our discussions were as much a part of the design process as the sketches," says Herrera. "The bow in the back—eight yards of silk faille—was the perfect surprise."

Penelope Cruz in Chanel Haute Couture, 2008"I designed this dress in a flash," says Karl Lagerfeld. "I had already had a vision of her in it for Oscar night—all feathers and organza in navy blue, the ultimate chic color for Penélope. It took 200 hours to create the dress—and five fittings—to ensure it was perfection."

Jennifer Garner in Valentino, 2004"Jennifer is so comfortable in her own skin, she can wear a gown this complex," says Valentino. "Fifteen yards of taffeta—I lost count of the amount of silk chiffon! Jennifer handled herself on the red carpet as if she were greeting people in the back garden of her home. She has an easy grace that makes her so beautiful."

Nicole Kidman in Dior, 1997"I was the new boy at the big House of Dior," says John Galliano. "Nicole trusted us and let us suggest a new direction and the striking chartreuse color. She looked incredible—and even all this time later, she remains timelessly elegant and yet still directional."

Marion Cotillard in Jean Paul Gaultier, 2008"Marion initially requested something simple, but I wanted everyone to see the woman I saw," says Gaultier. "I showed her sketches for this mermaid-inspired dress, and she loved it. She was travelling everywhere promoting "La Vie en Rose," so we had to follow her for fittings. What a mad dash!"

Gwyneth Paltrow in Calvin Klein, 1996"A love of sensual simplicity brought me and Gwyneth together on this dress," says Klein. "She showed up alone and went through the fabric bolts with me and chose the pink charmeuse. Two fittings and we were done."

Kate Hudson in Atelier Versace, 2003"I love Kate. She's a real Versace girl," says Donatella Versace. "She wanted something that sparkled, but it had to be light and easy. From the first fitting, the dress belonged only to her."

Diane Lane in Oscar de la Renta, 2003"The idea for the gown came from two dresses," says de la Renta. "The top was inspired by an off-the-shoulder cocktail dress; the bottom, a gown with fantastic feather embroidery from the hip down. The combination worked very well—it's seven years later and we are still telling its story—and admiring Diane's beauty."

SEE ALL THE PHOTOS OF THESE UNFORGETTABLE GOWNS! 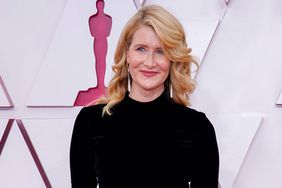 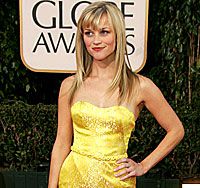 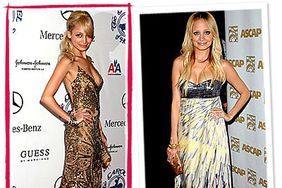