"There's this thing where, as a new mother, you're just constantly going, 'Am I doing this right?'" admitted our October cover girl Katherine Heigl, who adopted her 20-month-old daughter, Nancy Leigh Mi-Eun (Naleigh), with husband Josh Kelley last September. But despite her early self-doubt, the actress clearly is doing it right, balancing family and a successful career—Heigl's new film Life As We Know It, which she also executive produced, hits theaters October 8th. Heigl also opened up to us about adoption: "I had spoken to [Josh] about it before we got engaged and because I wanted to make sure we were on the same page—not everybody feels the way I do about adoption," she said. "I don't know why I felt like it was so important for me to do it before we had biological children, but I felt like I had been waiting and dreaming about Naleigh for a long time." For more on our exclusive interview with Heigl (plus what items she never leaves home without) check out the October Issue of InStyle, on newsstands Friday. 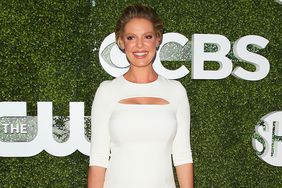 First Lady Michelle Obama on Style, Social Media, and the Biggest Challenges Facing Girls Today
It's Been 10 Years Since Rebecca Black Released "Friday," and the Internet's No Kinder to Young Girls 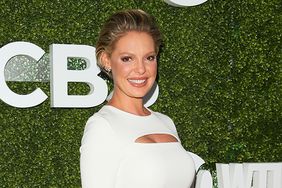