Famed celebrity hairstylist Oribe Canales has died, according to WWD. A company spokesperson has confirmed the news.

The 62-year-old stylist is best known for his runway hair creations for high-fashion designers like Chanel, his collaboration with celebrities and supermodels alike, and for his eponymous haircare line, Oribe. Since the brand's inception in 2008, the line's products, like the iconic Dry Texturizing Spray, have received cult-classic status.

There's no arguing that Canales has made a lasting impact on the world of beauty and hairstyling. According to his brand's website, he collaborated with famous photographers including Irving Penn, Richard Avedon, Mario Testino, Helmut Newton, Herb Ritts, Annie Leibovitz, Patrick Demarchelier, and Bruce Weber.

Since the news broke, those who worked with him and long admired his talent have taken to social media to express their sadness and reactions.

While he worked with many celebrities, including Cindy Crawford, Meghan Markle, and Ashley Graham, he's best known for his partnership with Jennifer Lopez, who considered him her mane man through the late '90s and early 2000s. 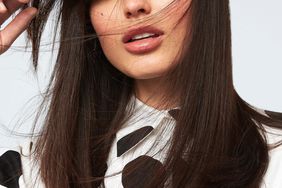 Drunk Elephant's First-Ever Hair Products Are Here, and Chris McMillan Gave Us All the Details