One Direction's Zayn Malik On His Style: "It Definitely Evolved"

Talk about a journey! One Direction’s Zayn Malik and his band mates have come a long way since meeting on Britain’s The X Factor in 2010 (which new documentary, One Direction: This Is Us, out Friday, recites) but Malik maintains the group’s popularity isn’t the only thing that’s changed. “My style has definitely evolved for the positive hopefully,” he told InStyle.com at the New York premiere of the film. “I wore some horrendous things on X Factor, and hopefully I dress a bit cooler now.” Sporting a leather-sleeved jacket on the carpet, the newly-engaged singer is confident enough with his style to dole out back-to-school tips. “When we think about school now, all our memories are great memories, and we wish we could go back to school for a day,” he said candidly. “Just have fun, and make the most of it because school goes really fast.” As does time for this group — see the band’s own speedy journey on screen when One Direction: This Is Us opens in theaters Friday, August 30. 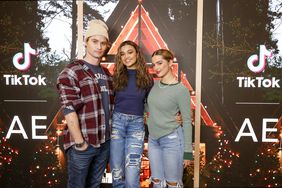