Olivia Wilde Baby-Bumps Her Way Through N.Y.C. in a Casual Maternity Look

After showing the world via Twitter she is not the subway-riding, mom-to-be to mess with, Olivia Wilde strolled through New York City Thursday with a smile, making her way in a casual maternity look.

The actress, 32, showed off her baby bump in a gray Seraphine maxi dress, completing her late summer ensemble with a blue bomber jacket, tan sandals, and an off-white purse. She kept her face fresh and jewelry simple, rocking a gold statement Alighieri Jewellery necklace, and shielding her eyes from the sun with brown-framed sunnies.

As for her locks, the Vinyl star swept them up in a topknot, making her look seem all the more effortless. It turns out the statement necklace Wilde sported during her stroll has special meaning for her. She gave her Instagram followers a closer look at it Wednesday, sharing a photo of herself in an unbuttoned denim shirt while flashing the accessory, writing alongside it, "This necklace has magical powers to make me brave, and it is much appreciated, as I'm going to wear it while I invite another partier into this rage-fest we call Humanity pretty soon. @alighieri_jewellery #leonenecklace."

Wilde's Thursday stroll through N.Y.C. comes after she tweeted Wednesday about New York City subway riders who refused to give up their seats for her, even though she's visibly pregnant.

Pregnant Olivia Wilde Scolds N.Y.C. Subway Riders for Refusing to Give Up Their Seats

Based on her glow Thursday, though, it looks like she has shaken all of that off. 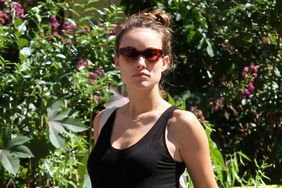 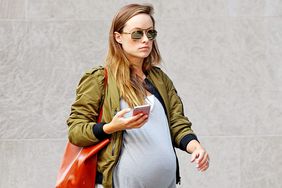 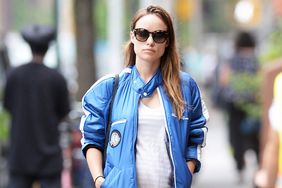 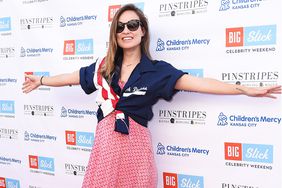 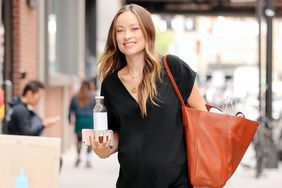 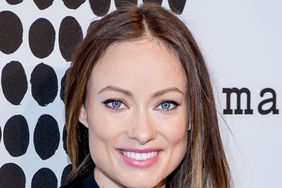 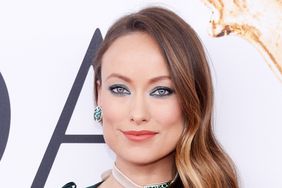