Oh, About That Fight ... Why You Should Get Pumped for Mayweather v. Pacquiao

If the world goes dark on Saturday night for a few hours, it's because everyone will likely be watching the Mayweather v. Pacquiao fight. For those of you who don’t follow the sweet science, this is a boxing match—an important one. So important, in fact, it’s been dubbed “the fight of the century,” even though we’re only through 15 percent it.

Floyd Mayweather, Jr. and Manny Pacquiao are big personalities. Mayweather probably more so. (His exuberance has been caught on Showtime’s All Access.) Pacquiao, meanwhile, is notably (though, recently) pious. But his trainer, Freddie Roach, has an amazing story himself and his gym, Wild Card Boxing, has become something of a boxing Mecca. In fact, Wild Card has so much cred that American Giant, a company known for making the best sweatshirts in the world, launched a special collaboration with the gym for limited edition T-shirt. These are not those cheap-o souvenirs one buys on the street but, like all AG stuff, are made in the United States and high quality. For the first time Pacquiao is an underdog, but whether he wins or loses, the shirts make perfect workout wear.

Which Avenger Would You Date?

Boxing matches have always drawn a celebrity clientele. But Mayweather v. Pacquiao has drawn even more acute interest, largely perhaps because tickets are impossible to come by, but also due to Hollywood’s obsession with boxing. It began with De Niro in Raging Bull, soared through the Rocky films, became auteur-chic with Mark Wahlberg in The Boxer and Jake Gyllenhaal’s Southpaw.

For Saturday’s fight, celebrities have lined up on both sides of the aisle, so to speak. My favorite is still Mariah Carey: 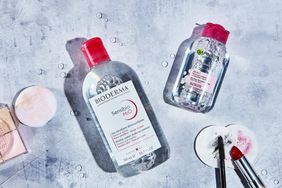 The 10 Best Micellar Waters of 2023, Tested and Reviewed 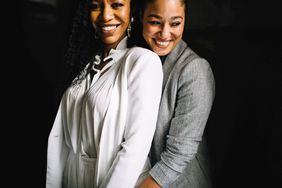 9 Expert Makeup Tips for Anyone with Acne-Prone Skin