While Kim Kardashian and Kanye West's eldest daughter doesn't officially turn five for nearly two more weeks, it appears the celebrations have already begun. Well, at least, the gifts have started to roll in.

On Saturday, mom Kim shared photos of the two micro handbags that North received from fashion designer Alexander Wang, and you won't believe the combined total for the tiny purses, which probably costs more than your monthly rent.

First up, a mini leopard shoulder bag that retails for $750 and features oversized silver zippers that are complemented by black leather trim. "Oh my god, North is the luckiest girl in the world. Who gets this bag from Alexander Wang?" Kardashian gushed in a video. "I might steal this," she adds.

Hours later, the mom of three realized North didn't get just one but TWO bags from the acclaimed designer, saying: "Wait, look at this Wang bag that North got, I cannot even believe it. I missed this last night. Love it."

Compared to its leopard counterpart, the delicate rhinestone-studded dustbag (shop the style in white here) is the ultimate accessory for a night on the town, or whatever the equivalent activity is for a five-year-old. Maybe an after-dinner ice cream?

The tot's luxe birthday presents weren't cheap—together, the purses cost $1,445. And with the average monthly rent in the United States ringing in at $946 in 2017, it's safe to assume that North's gifts could cover your June payment.

North's $1 million designer wardrobe already consists of Hermès handbags and a crystal Balmain dress, so it seems as if her new Alexander Wang purses will fit right into her collection. 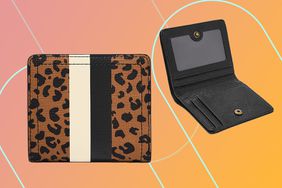 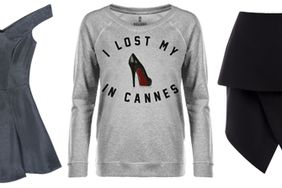 Forget the Flight! These Shopping Sites Offer Overseas Finds Just a Click Away