It's been five years since the Sandy Hook shooting. I don’t like talking about that day. I’ve told the story so many times and I can’t keep re-traumatizing myself. It’s not healthy. But from my own experience of losing my son Dylan to a mass shooting, I know the shock and anger and denial that the parents in Parkland are going through. Their entire world has been ripped out from under their feet. They’re dealing with the tremendous grief of knowing that they will never see their child, who they love so much, ever again. No parent wants to think about trying to plan their child’s funeral. It can be very paralyzing, which for some people, means shutting down completely. Other people want to speak out very early and very clearly. I was a parent who wanted to speak out.

One week after the Sandy Hook shooting, at my 6-year-old son Dylan’s funeral, I started talking about the change that needed to happen. I didn’t know anything about gun violence back then, but I wanted to ensure that no one would have to go through this again. That’s what led me to the community group Sandy Hook Promise. I helped launch the organization one month after the shooting, and I’ve been on this path ever since of trying to take a tragedy and turn it into something transformative to help others.

Our mission is pretty simple: stop gun violence before it starts. We know that gun violence—whether it’s a suicide, domestic violence, gang violence, or a mass shooting—is preventable because in almost every circumstance, there are already signs and signals [of trouble] beforehand. We teach people how to recognize those signs and how to intervene so that a situation doesn’t escalate to violence. Sandy Hook Promise is in a lot of schools in Florida already, and we’d been talking to Broward County [Parkland’s county] for quite some time about bringing our programs there. That’s what we do. But that’s not why I went down to Parkland the day after the Marjory Stoneman Douglas High School shooting. I went to Parkland just wanting to be of service as a human and as a parent who had experienced something similar.

I met with town officials and provided connections to officials in the Newtown school district [Sandy Hook Elementary School’s district] that had been through this before. I hoped they could provide guidance, because there’s no playbook on how to deal with a mass shooting. You need to think about things quickly like, 'How are we going to communicate? How are we going to support families of victims? How are we going to help students get back to school? How are we going to deal with the influx of support and therapy and people wanting to write letters and send condolences and gifts and all of the general outreach?' There’s so much goodwill that pours into a community after something like this happens. But it can be a lot to manage. I wanted help.

I met with some survivors, too. That was powerful. I have to admit, when the request first came for me to be part of a CBS interview with survivors Cameron [Kasky] and Sophie [Whitney], I initially said no. I was very nervous about doing an interview and having it be seen as some staged thing. I never want to exploit anyone—I remember what that feels like. I don’t want people crawling all over these kids or other survivors. You have to offer your help on their terms and meet them where they are at. Which is why, when I got another call saying that Cameron in particular really wanted to meet with me, I finally agreed.

On one hand, it was hard for me to meet them because I know what they’ve experienced, I have a sense of the road ahead of them, and I understand how hard it is to deal with the trauma alone—never mind also raising your voice for change. It brought out the mother in me. These are 17-year-old kids, and I don’t use the word “kid” lightly. I just wanted to hold them and hug them and protect them from everything that’s coming down the line. On the other hand, it was wonderful to meet them because they’re bringing this unique voice to the issue. They have so much energy, drive, and commitment. And how they’ve been organizing on social media is phenomenal. The amount of kids that they’ve gotten to stand up and say, “Hey, you adults couldn’t get it right. So now we’re telling you we need you to do something to save our lives,” I mean, that’s powerful stuff. It’s much more powerful than a parent advocating for a child that they lost because a child advocating for him or herself has a different energy and sense of urgency.

There’s been more sustained noise and volume from the people behind [the gun safety movement] over the last several years, which grows with every shooting. It’s a horrible thing to say, but I think that if Sandy Hook hadn’t happened, perhaps we wouldn’t be seeing the same level of reaction to Parkland that we’re seeing right now. Here we are again, five years later. We haven’t made enough progress. We’re not doing the right things to protect our kids. This is all these kids, who were in elementary school when Sandy Hook happened, have experienced their whole lives—school shootings and active shooter drills. It feels like we’ve been building towards this tipping point. I hate that 17 people are dead who didn’t have to die if we’d gotten our act together quicker as a country. But I think we’re finally here and really primed for change—it just won’t come as quickly as we’d like it to.

The pulse of the nation needs to change first before policy can follow. Because really all policy does is reinforce a behavior you’ve already created. Gun-violence prevention has been building at a grassroots level to be ready for the policy and politics to follow. That’s what we’re going to see leading up to the midterm elections and the 2020 election. Think about it, the Parkland kids and the generations that they’re bringing on board to the issue of gun safety are about to be of voting age, if they’re not already. I think there’ll be more legislative progress than there has been in recent years really soon, which is good. But we have to remember that these are still relatively small steps towards a bigger goal, which is not gun control—it’s just keeping our kids safe. Forget about taking guns away. Forget about giving people more guns. We’ve got a lot of guns in our country and we have an access problem. How can we fix this? That has to be the focus.

Right now, I’m looking forward to The March for Our Lives. My son [Jake] and my mom are going to come with me to D.C. It’s going to be a big day. I think it could be the biggest march that our country has seen for a long, long time. It’s exciting what’s going on in D.C. and in all the other towns where there will be marches. This is significant. It has to be.

—As told to Shalayne Pulia 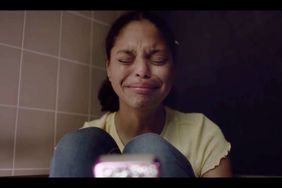 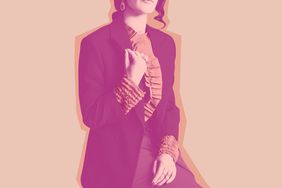