It's Official! Nicky Hilton Is Pregnant with Her Second Child

Nicky Hilton has another bundle of joy on the way!

Less than a year after welcoming daughter Lily Grace, the hotel heiress and her husband, James Rothschild, have confirmed that they're expecting a second child.

“The couple are thrilled about the new addition to their family," Hilton's rep told People Thursday.

It feels like only last month that Nicky and James got married, and now they've got some more exciting news - they're expecting a baby! People has reported the heiress and banker, who wed in July 2015, are telling friends about the news, saying they are 'over the moon!'.

Over Fourth of July weekend the soon-to-be mother of two enjoyed the lavish joint birthday bashes for Greece's Princess Olympia and Prince Pavlos in England. And on Wednesday the expectant star glowed in a baby pink Valentino cape dress, which was embellished with a scattering of floral appliqués. Cream Valentino studded heels, oversize chandelier earrings, and an intricate braided updo put the finishing touches on her chic maternity look.

Hilton and Rothschild tied the knot in 2015 during an over-the-top ceremony at Kensington Palace's Orangery, complete with a dreamy couture Valentino gown, so it's fitting that the star (and her barely there bump) sat front row at the luxury fashion house's haute couture show in Paris.

The 33-year-old socialite and Rothschild, 32, will celebrate Lily Grace's first birthday this Saturday. Congrats to the growing family! 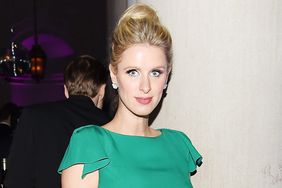 Nicky Hilton Welcomes Her First Child—Find Out the Sweet Name 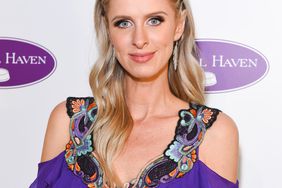 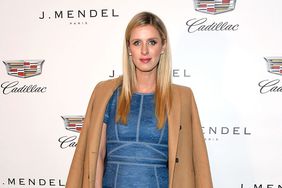 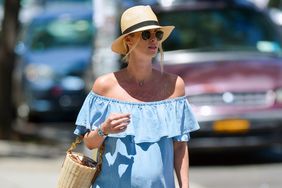