Like designers and musicians so often are, Donatella Versace and Prince were close friends, and it was at the music icon's Minnesota home, where he was found dead in April, that they had many of their encounters. "I went to Paisley Park so many times," she told The New York Times after Versace's spring 2017 menswear show in Milan on Saturday.

That close relationship is what inspired the designer not just to walk the runway in a purple suit that paid tribute to the icon's style, but also to play never-before-heard jams on the runway that he had sent her "Donatella would like to use this special occasion as an opportunity to share this incredible music from a dear, and much missed friend," a statement from the company reportedly read.

In addition to the new songs, the soundtrack also included a remix of "Kiss" plus sound bites of Prince saying "Versace" and "Donatella." As for the songs the blonde talent chose, she's had them for awhile. "He sent me those songs five months ago," Versace told the Times. "He sent me music all the time. People look for the vault—I am the vault!"

Listen to some of the jams below: 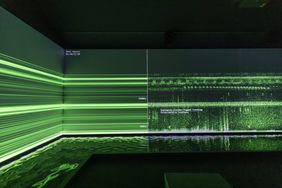