The new Magic Mike XXL trailer is here and, well, it's everything you could have hoped for. Star Joe Manganiello stopped by Good Morning America to debut the new footage—which, he said, was cleaned up for network TV.

In the trailer we see Channing Tatum (Magic Mike) and his boys planning for a stripper convention in Myrtle Beach and mixing things up with some new, wild routines. Naturally, along the way they make a few fun stops at some lady-packed parties, including one with Andie MacDowell. Jada Pinkett Smith also appears in the trailer as the team's enthusiastic wrangler. "I got a little for you tonight," she says. "We're gonna see if he's still got some magic in that Mike." Well, we know he does! 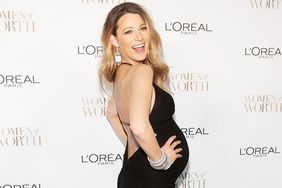 We Ask Blake Lively, Eva Longoria, and More: Which Woman Inspires You?