At the 75th annual Golden Globe Awards on Sunday, the red carpet shook its typically vibrant spectrum of colors, opting instead for a statement-making lack thereof. The vast majority of Golden Globes attendees donned black suits and gowns at the ceremony in solidarity with the anti-harassment initiative Time’s Up.

Widespread support of the movement notwithstanding, the awards show itself contributed to Hollywood’s longstanding gender inequality. The best director category was populated by five male nominees, despite the influx of acclaimed female-directed films in 2017.

Although some in Hollywood may have been willing to turn a blind eye to the injustice, presenter Natalie Portman was not. When she and Ron Howard took the stage to award the winner for best director, Portman prefaced the presentation by introducing the “all-male nominees”—a pointed dig at the category’s lack of diversity.

Steven Spielberg, who was among the all-male nominees in the category, spoke to Entertainment Tonight about the viral moment, explaining that he doesn’t think the historic oversight of women directors will continue for long.

“There’s also a watershed happening right now, slowly, maybe not fast enough, for women directors,” the Post director said. “I mean you have Patty Jenkins. We have some amazing women that have come forward, you know Mudbound and Lady Bird. This is a pretty incredible year, and I think you'll be seeing some nominations. I’m predicting at the Oscars this year for a woman director, if not several.”

One female director notably missing from the category, Wonder Woman’s Patty Jenkins, also praised Portman’s treatment of the snub. “What could you say? It made me laugh, and it made me smile," she told ET. "Look, it’s been a little glaring that women directors don’t get nominated so often and it is odd. Particularly when their films are being celebrated in every other way, so I thought it was interesting to highlight it. And what a difficult category to present without saying something about it, so she did it so perfectly.”

Additionally, Guillermo del Toro—who won the Golden Globe for the category Portman presented—spoke in favor of her choice to say something.

"I think it was great!" Guillermo wrote to IndieWire. “She should say exactly what she feels. There is phenomenal work being done by female directors.” 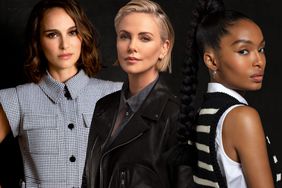 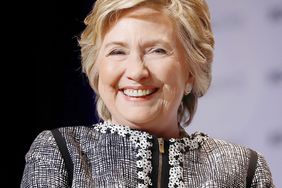