A woman can never go wrong with a little black dress, even if she's expecting! Case in point: Natalie Portman at the 20th annual Hollywood Film Awards at The Beverly Hilton Hotel Sunday night.

Grounding the entire event in completely classic elegance, the Jackie star showcased her growing baby bump in an LBD from The Row: a look we think would absolutely please the late First Lady. The design ($620; neimanmarcus.com) combined long sleeves for a fall-perfect touch, a square neckline for a hint of décolletage, and a midi length to elongate her petite figure.

The Jackie star showcased her growing baby bump in an LBD from The Row at the 20th annual Hollywood Film Awards.

And the look only continued its wave of timelessness from there. Flawless curls, diamond stud earrings, matching dark nails, and strappy black Jimmy Choo sandals complemented the soon-to-be mother of two's ensemble—showing that restraint is still a force to be reckoned with on the red carpet.

VIDEO: Watch Natalie Portman in the Trailer for Jackie

The brunette beauty took home the Hollywood Actress Award for Jackie, presented by her Anywhere But Here co-star Susan Sarandon.

Portman has quite a few projects coming up, including the TV miniseries We Are All Completely Beside Ourselves, The Death and Life of John F. Donovan, the sci-fi thriller Annihilation, and a return to work with director Terrence Malick in Weightless—all set to be released in 2017. 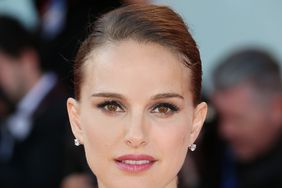 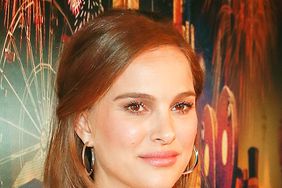 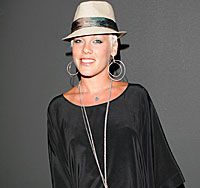