It’s been a sad week for Hollywood: Naomi Watts and Liev Schreiber confirmed their separation from each other after 11 years together. And on the heels of the couple's announcement, the 47-year-old actress stepped out for a walk with her dog, Bob, in N.Y.C on Tuesday.

For the occasion, the Mulholland Drive star donned an army green jumpsuit and accessorized with a pair of red high-top Vans, reflective aviators, and a set of simple stud earrings. The famous blonde wore her signature lob loose and relaxed as she took a stroll in the September breeze and a bright lip completed her casual fall-ready look.

Meanwhile, Schreiber was photographed as he rode his bike through the streets of N.Y.C. just before the sad news broke Monday night. He donned a denim jacket and a poignantly optimistic “Let’s go surfing” trucker hat on his outing.

The Ray Donovan actor biked around N.Y.C. in a denim jacket and a trucker hat that bore the phrase “Let’s go surfing.”

Naomi Watts and Liev Schreiber Split After 11 Years Together

The talented actors share two children—Alexander (Sasha) Pete, 8, and Samuel Kai, 7. Click here for a look back at some of Watts and Schreiber's sweetest Instagram snaps. 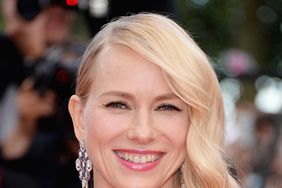 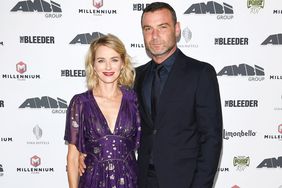