As the fate of Missouri’s last remaining abortion clinic is being determined in court, the state’s health director, Dr. Randall Williams, has admitted to tracking the menstrual periods of women who’ve visited Planned Parenthood in St. Louis.

According to the Kansas City Star, this information was kept in a spreadsheet which was used in an investigation to identify patients who’d undergone failed abortions at the St. Louis Planned Parenthood. (The investigation was launched after it was found that the facility had failed to file a complications report regarding one failed abortion.) The spreadsheet also included medical identification numbers, the dates of procedures, and the “gestational ages of fetuses.” No names were disclosed.

Yamelsie Rodriguez, the President and CEO of Reproductive Health Services of Planned Parenthood of the St. Louis Region and Southwest Missouri, sees Williams’s investigation as an abuse of power. “As part of Gov. Parson’s effort to end abortion access in Missouri, Williams manufactured a solution in search of a problem,” she shared in a statement.

Twitter users have shared their own outrage on the platform.

A decision regarding Missouri’s only remaining abortion clinic will reportedly be made in February, at the earliest.

UPDATED, Oct. 30 at 12:55 p.m.: In a statement, Acting President and CEO of Planned Parenthood Federation of America, Alexis McGill Johnson, shared, "This is the reality when people in power want to strip away our rights and freedoms. They force medically unnecessary pelvic exams, investigate menstrual cycles, and do whatever it takes to take control of our bodies, our lives, and our futures. Enough is enough. Every person deserves access to safe, legal abortion without fearing their personal information will be used to wage political war. This is unacceptable and we demand better — for our patients and any person who needs access to safe, legal abortion.” 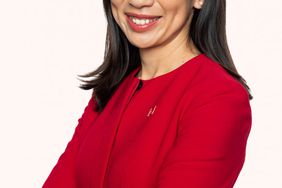 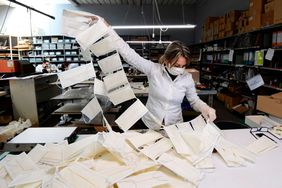