The Mindy Project: A Major Secret Has Been Revealed About the Final Season

All eyes are on Mindy Kaling right now and the upcoming birth of her first child. But there's also some major news in store for her character on The Mindy Project.

Entertainment Weekly confirmed in a report on Wednesday that Kaling's character Mindy Lahiri will get divorced in the Hulu show's final season.

In the show's fifth season, the doctor tied the knot with a nurse named Ben—played by Bryan Greenberg. However, Lahiri showed a look of apprehension almost immediately afterward. "We unpack that look and how that has metastasized over the course of 10 months," Kaling divulged to EW earlier this month. So, now we know that "look" leads to divorce.

We'll also see Lahiri deal with mom-shaming during the final season—a topic that is quite close to home for Kaling in her personal life. While many fans were rooting for Mindy and Ben, but they can appreciate Kalin's commitment to the reality of what life is actually like for modern couples.

with Her First Child

The Mindy Project returns to Hulu for its final season on Sept. 12, so mark your calendars. It's going to be a wild and emotional ride. 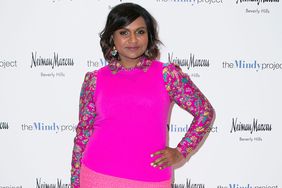