Miley Cyrus's Mom Gave Her a Pixie Cut While Quarantining

The singer's mullet just got an upgrade.

It should come as no surprise that Miley Cyrus is one of the celebrities who has been having fun with their hair while in quarantine.

Over the years, she's taken hair risk after hair risk, from her Hannah Montana wispy bangs, to her Bangerz-era pixie, and most recently, she's channeled her dad's signature shaggy mullet.

Like so many of us who have been bored or too impatient to wait for salons to reopen, Cyrus started her at-home hair experiments little by little. In April, she trimmed her own bangs and described the process during an episode of her Instagram Live talk show Bright Minded: Live with Miley Cyrus.

Looks Like Miley Cyrus Just Cut Her Own Bangs

One month later, Cyrus graduated from subtle trims to giving herself an entirely new haircut.

With a little help from her mom Tish Cyrus, the singer's shaggy mullet is now a "pixie mullet." To make sure they didn't mess up, they reached out to Cyrus's hairstylist Sally Hershberger to walk Tish through the haircut over FaceTime.

The singer's new length hits just below the ears and is heavily layered. A set of choppy baby bangs round out the cut.

"Miley sent me over a picture for inspiration, but this pixie mullet is completely different than the original inspiration photo," Hershberger says in an email. "That’s why I love working with Miley – she’s a creative, we work really well together to bring visions to life."

“Miley’s mom, Tish, played a huge part in this transformation as well,” the stylist continued. “I love working with Tish – she has a really good eye for detail. I was glad she was there to help Miley with this cut.”

Along with stellar cooking, chalk up the singer's new pixie cut to one of the benefits of quarantining with your parents. 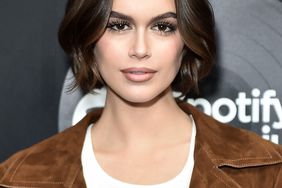