Just last week, Miley Cyrus (along with Jennifer Lopez, Kate Hudson, and Demi Moore) sat front row at the Tom Ford fashion show in Los Angeles. Today, she had a decidedly bigger role at another fashion show. Cyrus walked in Marc Jacobs's show at New York Fashion Week, closing out one leg of Fashion Month in a way only she could: with abs bared, attitude to spare, and at the center of the spotlight.

According to Vogue, Cyrus and Jacobs are frequent collaborators. She starred in Jacobs's Spring 2014 campaign, which was shot by David Sims. She and Jacobs got together again when they released a hoodie last year, with proceeds going to her Happy Hippie Foundation and Planned Parenthood.

Miley Cyrus and Her Dad Are Basically Hair Twins Now

This time around, Cyrus walked alongside superstar models Gigi and Bella Hadid and Liya Kebede. Cyrus wore a black bralette and tailored trousers along with black opera gloves and a shimmering crystal choker. She was still sporting her mullet and held a zebra coat, which dragged on the floor behind her.

Along with the models, Jacobs's show featured dancers from the Karole Armitage dance company. Front row guests included Nicki Minaj and Vogue notes that guests expected to see Cyrus right there alongside her, not on the catwalk. If the photos are any evidence, she blended right in. 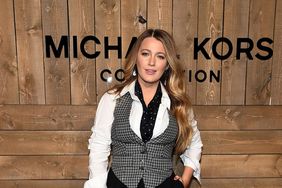 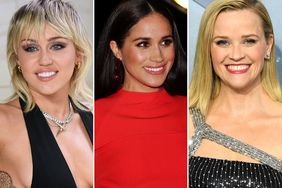 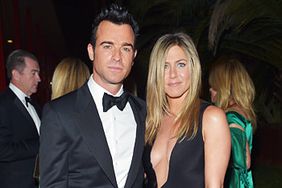 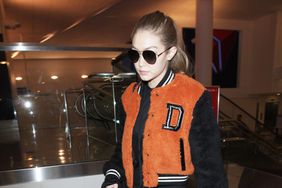