"She just got to the point where she didn't want to hold back about who she is."

There is plenty of speculation surrounding Miley Cyrus and Liam Hemsworth’s split — from cheating rumors to lifestyle differences — but claims from the latest “reliable source” are painting a different picture.

An “insider” told People that Cyrus’s struggles with her identity played into the break up. “She just got to the point where she didn’t want to hold back about who she is. She wants to be true to herself. Being with Liam, this was just not possible,” the source explained. “For them to be happy, she had to change as a person too much. She knows not being with Liam will make her happier in the long run.”

Despite reports that divorce was not yet on the table for the couple, news broke Wednesday that Hemsworth had filed papers, citing “irreconcilable differences.”

“She didn’t expect it and is a bit disappointed, but she is still doing well and has obviously moved on as well,” the source continued, referencing the singer’s relationship with Brody Jenner’s ex, Kaitlynn Carter. “What she and Liam had for a long time was very special. It’s just hard for her to think that she will never have this again with Liam. There are really so many things that she loves about him.”

It’s hard to believe that the on-and-off-again couple could really be “off” for good, but the term “irreconcilable” certainly seems to speak for itself. You do you, Miley. 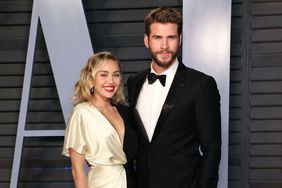