The Way Miley Cyrus Inspires Cody Simpson Might Surprise You

When they're not packing on the PDA, walking in fashion shows, or sharing risque pics on social media, Miley Cyrus and Cody Simpson are hard at work. In a new snapshot posted to his Instagram, Simpson let his followers know that in addition to his new book of poetry that's set to drop on April 7, there'll be accompanying music. That's a win for fans of Simpson's multi-media expressions, but, naturally, Cyrus had to chime in and give commenters something to talk about.

Miley Cyrus Made Fun of Her NYFW Wardrobe Malfunction

"I love my job," Simpson wrote alongside a gallery of pics from the studio. "@princeneptunepoet book coming April 7, new music to coincide."

Down in the comments, Cyrus told everyone exactly why Simpson looked so happy in those photos.

"Where's the screen shot [sic] of me flashing my boobies while u record," she wrote. "Tip: smiling when you sing helps pitch by brightening the sound! You're welcome for all the above!"

Some NSFW action going down in the studio? Knowing that the two of them aren't shy about anything, it's not all that surprising that something like a quick (Or not so quick, who's know?) flash happened behind the scenes. If this is what happens when the camera's aimed right at them, the bigger surprise could be that a flash is all that happened. 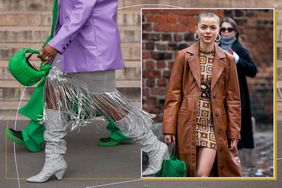