Girls Run The World At Versace and More From #MFW

Milan is all over the map this season. As the city attempts to reassert its relevance in a global fashion system that increasingly relies on artificial flash and click-bait clothes (as fun as those may be), we have seen some results this week that may be causing viewers at home to wonder what on earth designers here are thinking.

Extreme ornamentation has reached such heights, in the form of patchwork embroideries, three-dimensional flower appliqués, star motifs, leopard prints, and possibly chenille, on just about everything, that the runways are starting to resemble the aisles of a Michaels superstore. It's where creativity happens. And it's for this reason that I keep going back to the Prada collection, with an unexpected focus on skirt suits. Although they were still highly decorative and weighted by enormous earrings, they made a powerful statement.

And the Versace show on Friday night was even more so, with Donatella Versace’s urban army of strong women, opening with a selection of militaristic jackets and led by Raquel Zimmermann, who reminded the audience of a time when models could actually walk. The soundtrack, as much as the clothes, was about empowerment, a woman’s voice asking if people were happy in their lives. “There will be people who say you can’t, but you will.” Versace took these words to heart and showed what Donatella can do, which is quite a lot. Hard looks like army jackets in loden or khaki maintained their sexiness with belted waists and super-short lengths. Soft looks like animal print dresses and slashed evening gowns retained their ferocity with acidic pops of green and orange. Seen in a much bigger venue this season—a cavernous stadium actually—Versace’s return to force was all the more potent.

Alessandra Facchinetti brought a rock edge to her latest Tod’s show, trimming her lean ensembles of jumpsuits and jacket-and-trouser sets with extra stars, florettes, and even a vinyl print. A couple of looks came in shiny silver for an extra loud effect. And a white skirt was shredded with Swiss-cheese holes, which speaks to a sub-trend of the season for clothes that look unearthed from an attic, devoured by moths that were polite enough to re-finish the edges. Holy sweaters have been seen everywhere—no pun intended. At Bally, designer Pablo Coppola showed a great jacket with particularly refined holes in a collection he called “the whimsical minimalism of a nouvelle bourgeoisie.”

Further afield was the debut of Peter Dundas as creative director of Roberto Cavalli, a fortuitous pairing of a designer of exuberance with a label for extroverts that resulted in such eye-popping looks as acid-wash ballgown skirts, lion-print tight-pants, shredded denim dresses dripping with fringes of chains, and, naturally, a sweatshirt full of holes.

It’s not really what I had in mind, but then, fashion is full of surprises, like at Bottega Veneta, where Tomas Maier started with a tracksuit, rather garishly printed and lined with fuzzy leopard spotted fleece in what might have been an ode to the athleisure movement. But fear not, guardians of good taste, for Maier also had plenty of his signature collage dresses, now trimmed with nautical ropes in a nod to the functionality of outdoor apparel, others topped with crunchy crochet details.

Land Ho! A Nautical Theme Sets Sail From #MFW
Was this page helpful?
Thanks for your feedback!
Tell us why!
Related Articles 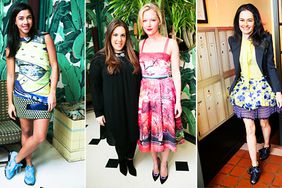 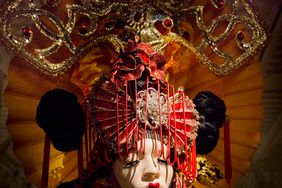 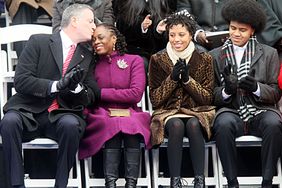 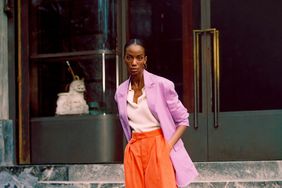 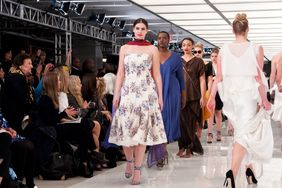